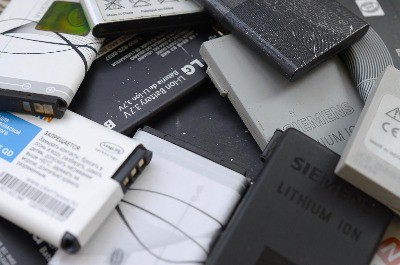 There is a certain process to be followed in order to recover a Li Ion battery, and specific tools to be used along the way.

First you need to read the battery voltage using a multi-meter. If the voltage is below a minimum charging level than most likely the battery is in a “sleep mode” and you will need to jump-start it using a special Li-Ion charger with booster since it will not accept a charge from a regular Li-Ion charger. This will be the initial battery revival. Next, the battery must go through a few full cycles of charging and discharging. There is scientific proof that freezing batteries when empty and then fully charging them after turns out to be helpful when doing battery reconditioning.

Li-Ion batteries, or also known as Lithium Ion batteries are widely used across most of the modern electronic devices including: smartphones, laptops, cameras, personal tech gadgets, power tools, etc. They are rechargeable, they have high capacity, lower self-discharge, and pretty big number of charge cycles which make them hugely popular.

If you have a Li-Ion battery that seems to be dead, it is worth trying to revive it before recycling it.

Let me explain each of these phases a little more.

If you are reviving a 18650 Li Ion battery or any single-cell battery you may skip this step. Otherwise, if you want to revive a laptop battery or power tool battery for example, then you will need to deconstruct it, because the actual battery cells you are looking for are packed inside the plastic case.

In order to take apart the plastic case you will need a proper spudger tool kit.

Considering the variety of battery cases available on the market I won’t be able to explain how to deconstruct them individually. However, using common sense and a little patience will help you in the process.

The first thing you do prior to battery reviving, is to read the voltage using a digital multimeter.

Any battery with a voltage below this “over-discharge” level it is not advisable to be revived because they are either dead so they will not take charge anymore, or even if they take charge the capacity will too low so the battery will be unusable.

3. Plug the Battery in Charger With Revive Function

Wait until the battery is fully charged.

4. Charge and Discharge the battery

After the battery is fully charged, note down the capacity and let it start discharging by sitting over the night or in the following days. Notice how fast they lose the charge.

Go once more through the charging/discharging cycle. Measure the battery capacity.

If it significantly lost the capacity, you should probably recycle it, otherwise there are good chances you have revived it successfully.

There are some scientific

For that purpose, put the battery in an airtight bag, then put the bag in a freezer for around 24 hours. Make sure the battery is completely protected from moisture, so it can’t get wet.

Take the battery out of the freezer and let it thaw until it reaches the room temperature (usually it takes 7-9 hours).

After the battery has restored to room temperature and no moisture is left behind, you should proceed with a full charge using your regular Li-Ion charger.

After freezing the batteries, they tend to lose their charge completely and we have to fully charge them once again.

Up until here you have completed all necessary steps to revive Lithium Ion battery. Hopefully, it was successful.

Can I Recondition a Battery at Home

You can do battery reconditioning at home with following considerations in mind:

If you are asking yourself which tools you need to successfully revive (almost) any Li-Ion battery, here is the list:

Tips for Extending the Lifetime of Lithium-Ion Batteries

If properly used, batteries can last longer than their average lifespan, but the opposite applies as well – if they are used wrongly then their lifespan will be very short.

A research group from the University of Michigan

after doing a thorough investigation on this subject has sublimated the following general tips for extending the Li-Ion batteries lifetime:

How To Revive 18650 Lithium Ion battery

18650 Lithium Ion battery is a single cell battery that can we revived using another power source such as Li-Ion charger with analyzer function (also know as charger with wake-up or boost feature), or alternatively if you can’t afford that sort of charger you can try using a second 18650 battery, a working one, that will serve as a power source to the dead one. Remember that the battery is not dead until it is proved to be dead.

How to Revive a Laptop Lithium Ion battery

In general, there are 3 ways to jump start a Lithium Ion battery that seems to be dead.

The first and the best way is to use a Li-Ion charger with analyzer, or with revive function. Unlike the regular chargers, this sort of chargers will first apply small charging voltage so the cell will regain the minimum required voltage so that the battery protection circuit will be activated. After reaching this point the charger will continue with the normal charging mode.

The second way is to use a working battery that is with the same or similar specs as the battery you want to revive. You will need to apply parallel charging with the same purpose: to apply a small charge to the dead battery so it can regain the minimum necessary voltage so the charging could continue using a regular Li-Ion charger. The average time to do parallel charge is 30 seconds. Remember that the point is to increase the voltage of the dead battery just enough so the Li-Ion charger can “recognize” the battery and continue with charging.

The third way is to use a USB cable where the smaller end is cut off. You can do this yourself by using a USB cable, or you can also buy this sort of cable in the IT stores already pre-made. The idea is to touch the red wire on the positive terminal of the battery and the black wire on the negative terminal. The other end – the male USB you will plug into your computer. The voltage that goes through the USB port is 5V so it will be enough to power up the dead battery. Keep the battery connected for about 1 minute and measure the battery voltage using a multimeter.

Attention: in all cases, closely monitor the battery temperature! It is fine if it gets warm, but if it becomes hot then disconnect it from the circuit as soon as possible and stop trying anything else. The battery may be discharged below the critical level and may not be revived. Hot battery also means that battery may be degraded too much, and in some cases it may explode.

What Do You Do with dead Lithium batteries?

If you have tried to revive a dead Li-Ion battery and you didn’t succeed, or you noticed some abnormalities (battery doesn’t get charged or becomes very hot), then you should recycle the battery.

What Temperature is Bad for Lithium Ion Batteries

Lithium-Ion batteries operate normally within a defined temperature range, which ideally is between 15°C and 35°C. Temperatures higher than 35°C will cause battery degradation, whilst temperatures below 15°C will lead to sluggish electro-chemistry which will further decrease power capability.

5 thoughts on “How To Revive Li-Ion Batteries”