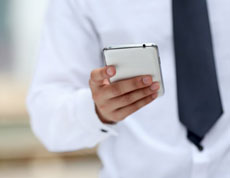 This Infographic shows numbers and facts why mobile marketing via text messaging continues to grow:

According to Trumpia, the company which published this Infographic originally on Visual.ly, marketing through text messages provides great reach and ROI and in this terms leading to purchases 41% of the time, which beats social media and telemarketing.

Be the first to hear when we publish a new how-to guide, review or listicle.